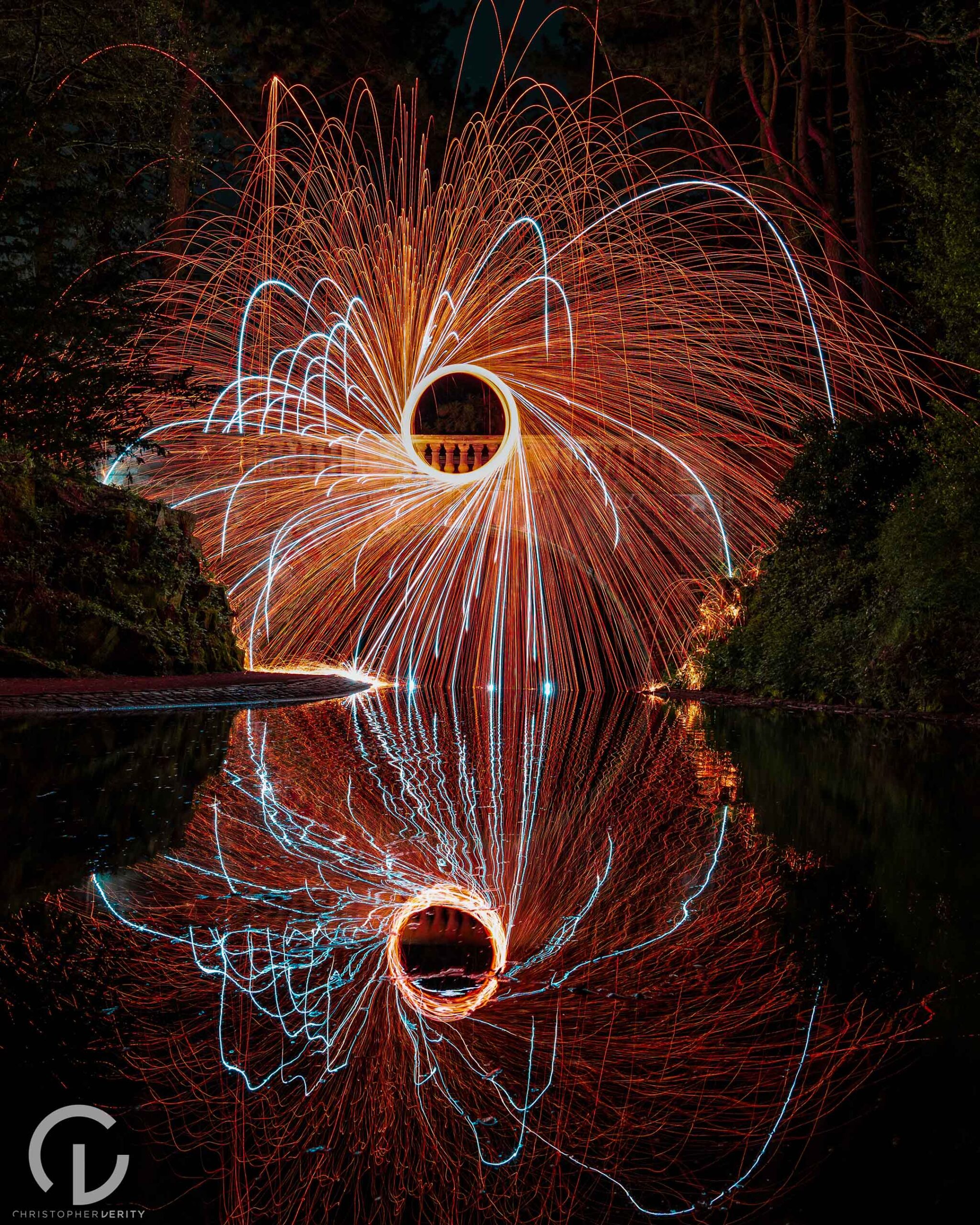 Photography normally focuses on moments, milliseconds even, things that can be seen with the naked eye but there is a breed of photographer that is utterly fascinated with the painting of light over time. Christopher Verity and his brother Matthew are one such breed. Their images would not exist if time where not a factor, but it is, some of the exposures needed to render these beautiful photographs can be two or three minutes long.

One of his favourite techniques is steel wool spinning, A metal household whisk is attached to a rope, the whisk is then loaded with steel wool and sometimes magnesium for extra effect. The steel wool is then ignited with a nine volt battery or another ignition source. The complete contraption is then spun around to force oxygen through the steel wool, making it burn at around 700 centigrade (1300 Fahrenheit). Different effects can be created by combining alternative centrifugal forces with light sources such as LED’s, your only limit is your imagination.

*I would warn anyone looking to try the steel wool spinning to be wary of where they are going to do it, i.e. not around things that are easily combustible such as dry leaves. I have always found it best to plan shoots for periods after rain as you are less likely to cause a fire. But as a precaution I always have water to hand to put out any stray sparks.