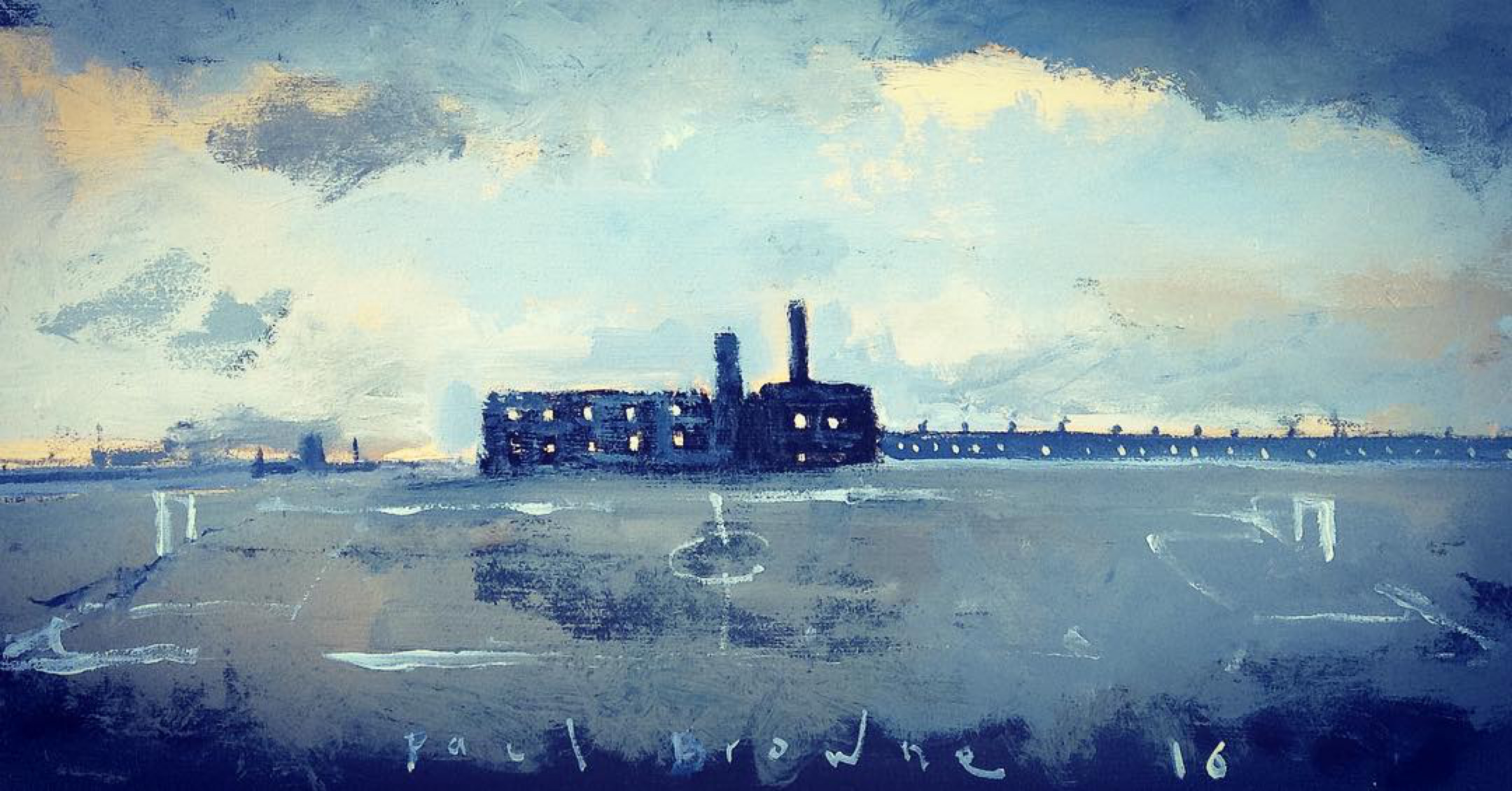 “I am crushingly hard on myself”

People inspire me all the time, every day. My dog inspires me. I have twin daughters and I have a lot of mentors in life and artistically. My biggest inspiration is an artist from my town, he’s called Peter Stanaway. He’s like part of the northern school of art like me and he’s part of, like, I suppose he’s one of the pioneers of it today. We kind of know each other, we’ve exhibited together, I’ve been round to his house. I collect his work – I’ve got about seven of his pieces. I remember years ago he was like he used to talk to some of the dealers who sell his work, and people were just waiting for his work to be painted and I was like ‘how do i get into that position? What is it I need to do? To have that power.’ Maybe power is the wrong word. Maybe pull.

I’ve studied his work and the way he works and yeah – he’s definitely one of my big inspirations. Some younger artists who i’ve exhibited with – oh god, there’s loads, you know? There’s a guy called Kurt Jackson, he’s quite famous. He’s done stuff with Greenpeace and he’s Glastonbury’s painter. Commercially he’s very successful but he’s got tons of integrity. His standard hasn’t dropped and he doesn’t just paint for the sake of it: he’s the real and I’d like to get towards that one day. 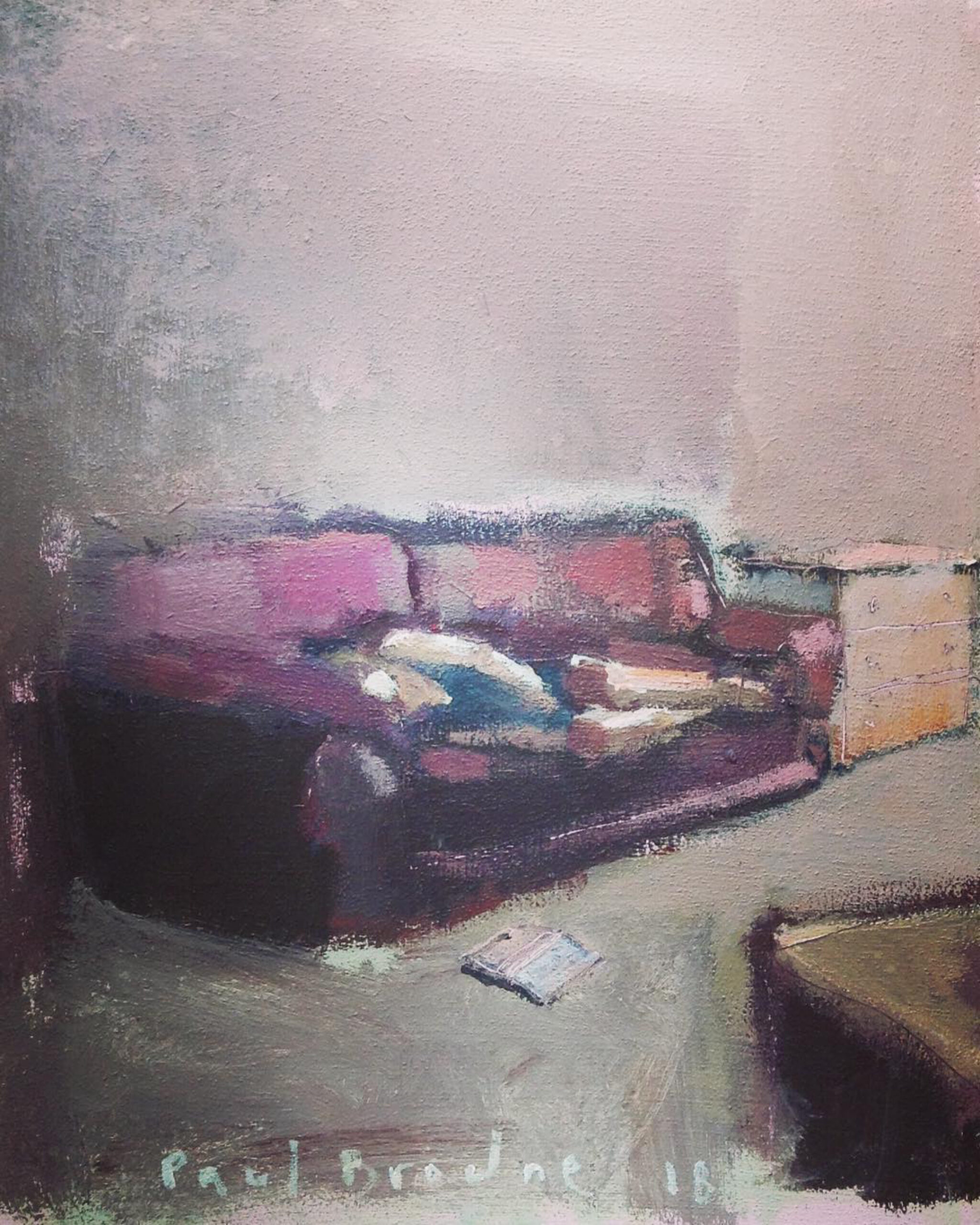 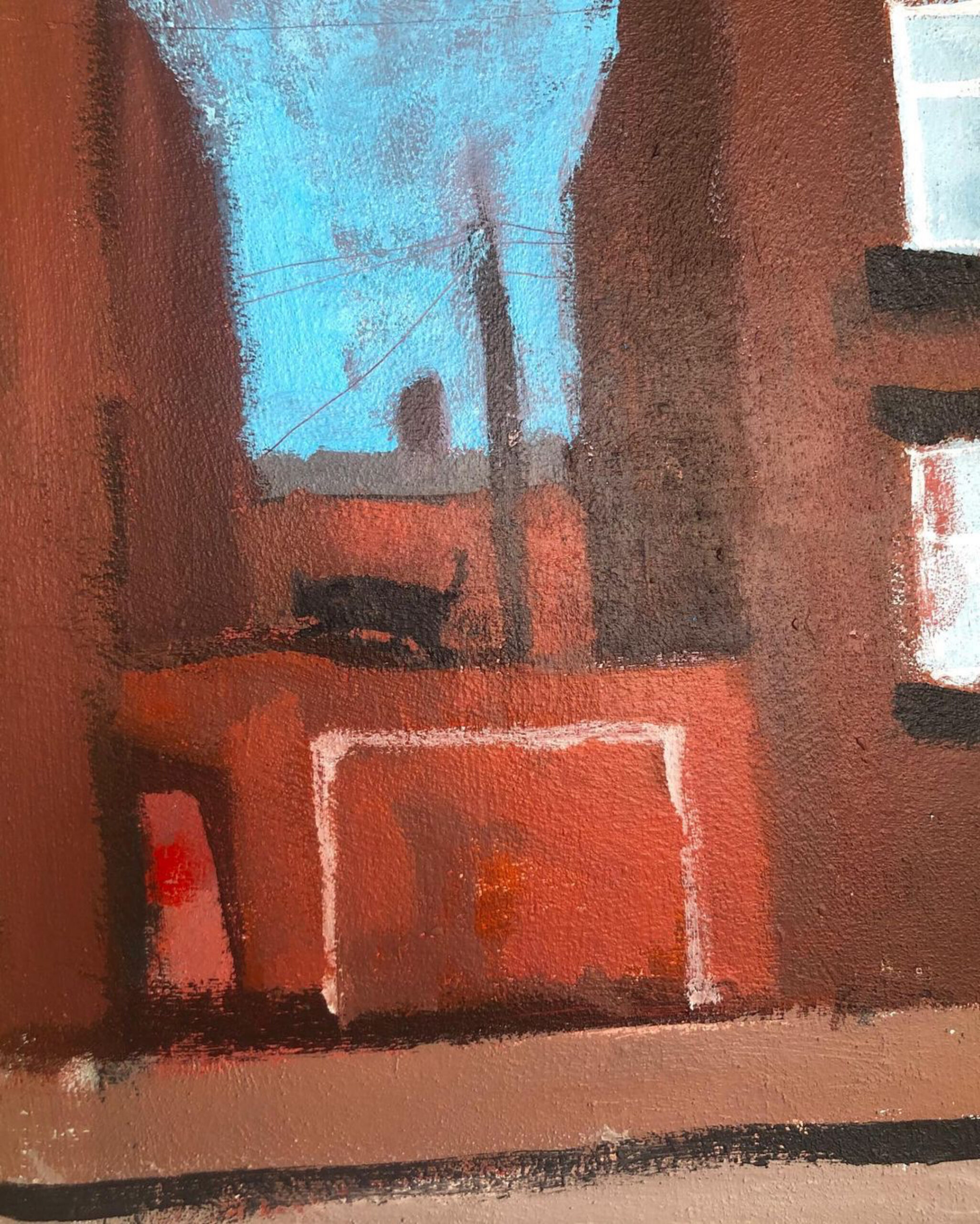 What makes you feel creative?

You just are, it’s just in you. There isn’t a magic powder that affects me and makes me feel creative: it could be a song, it could be a comment someone’s made. If you have gaps and periods, like if you have a few days off and then you want to come back bursting with it. You go abroad, you come back. There’s a bit of absence there and then a bit of just falls from the sky. There isn’t one thing, really. 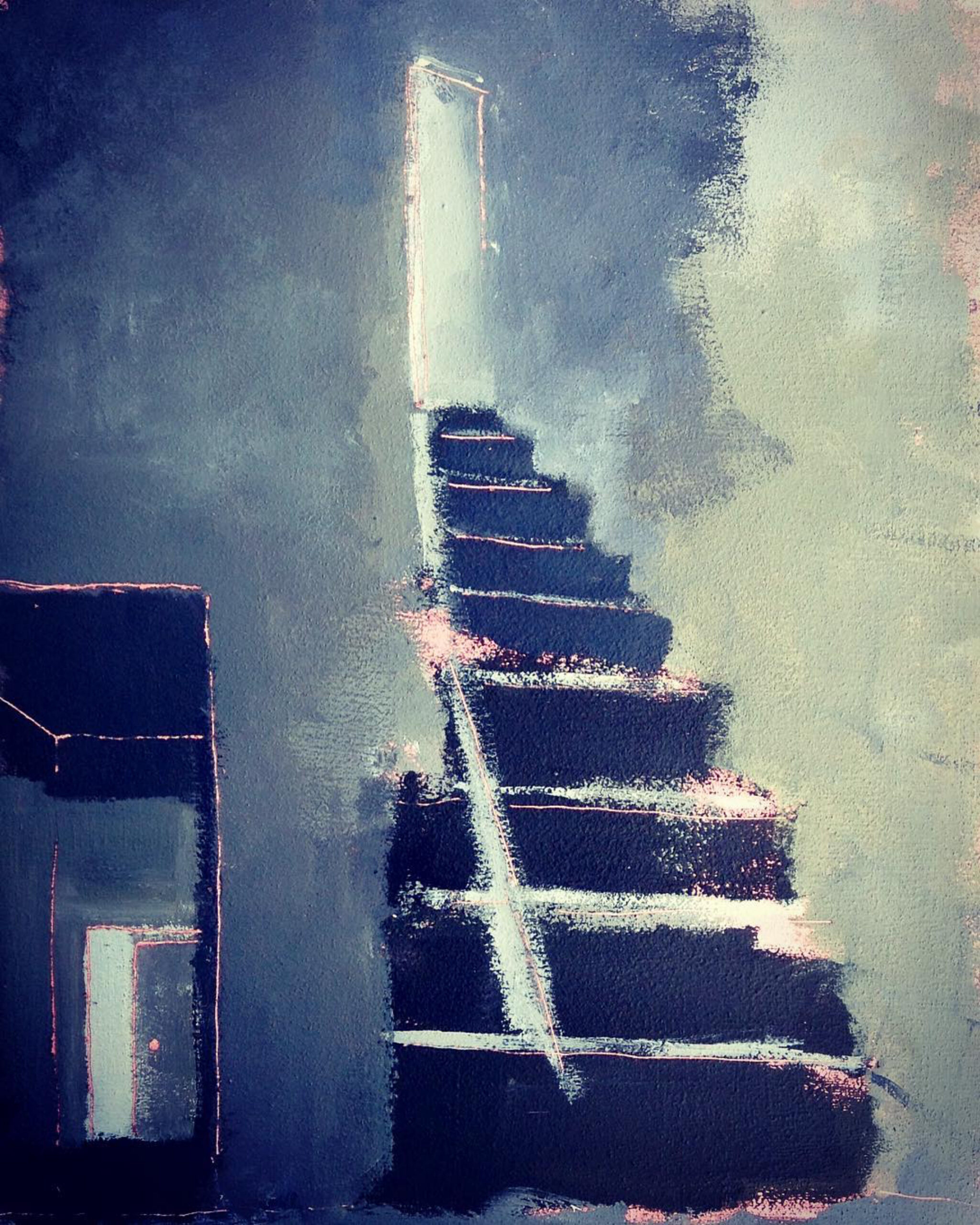 “There was this huge framed print on the wall, of a Claude Monet piece, I thought it was staggering”

Where are you inspired?

Basically anywhere northern because, you know, a lot of it is unpretentious and unkempt and obviously Victorian or Georgian. There are compositions and buildings and the village I live in was built by the Victorians and the Georgians which is why you know, I’m walking in their footsteps. We’ve not got housing developers coming and taking over it all building cul-de-sacs that sort of thing. The outline of the Pennines – I live in a Pennines village, lots of them ‘round here, not glamorous but there is beauty to it. Got a bit of civic pride.

When did you last feel happy or sad about your work?

Well I think you feel all those things, every week, every time you approach the easel, really, it’s like you can have ecstasy or you can have frustration. I feel very good about my work at the minute, but I always do feel good about my work but I am crushingly hard on myself. If you see something I’ve put on social media there’s probably been one or two pieces before it that have been draft pieces before it. Occasionally you’ll do a piece in 20 minutes, half an hour, and it’ll be pure genius and like, oh my god, like I’ve done it and it’s fallen into place but the process is all that, happy sad and it’s ecstatic. You internalise it – it’s not like a cliche where you walk around your studio or your house throwing paintbrushes about and getting angry at yourself just, I internalise it normally. 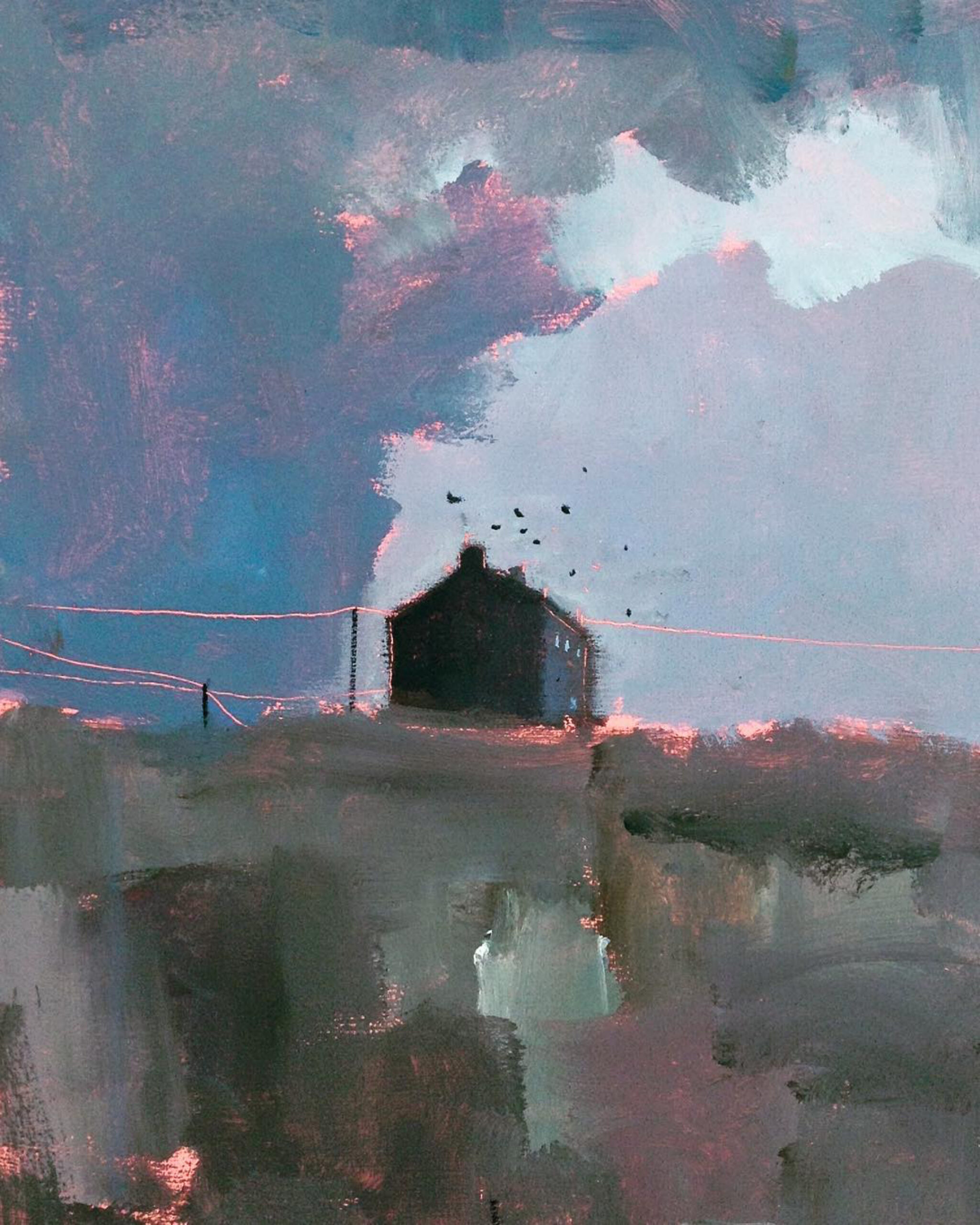 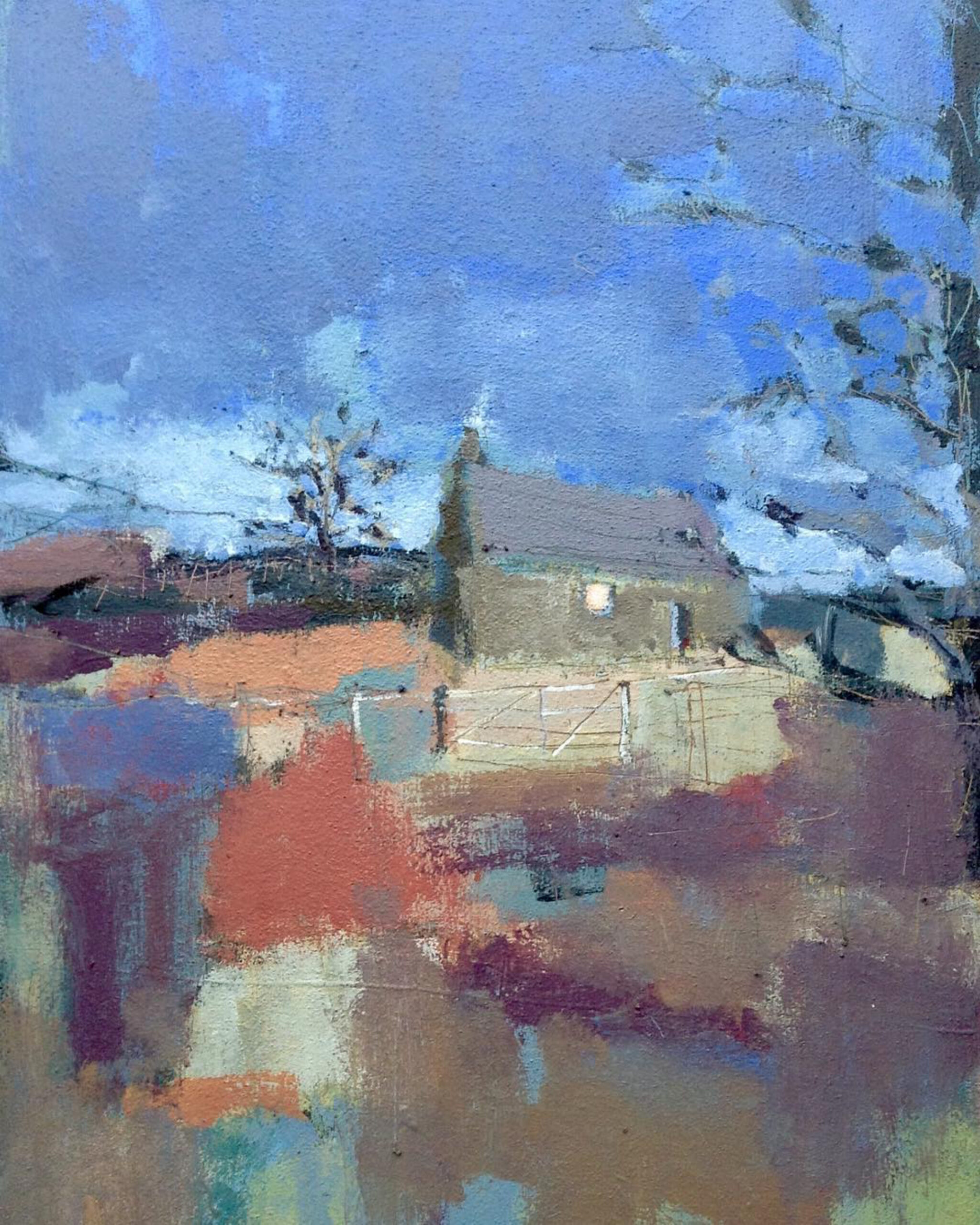 Why did you decide to become an artist?

Um, because I was 21 years old and I didn’t really know what was ahead of me, what I wanted to do. I was a bit stuck with anything other than socialising. I wasn’t very career-savvy, I just mucked about a bit. Then one day I walked into a gallery, a local gallery, and there was this huge framed print on the wall of a Claude Monet piece. And I thought it was staggering. It was absolutely breathtaking. And I – and you’re born into the arts, no-one chooses – it’s a calling, really. And as a child I was very good at it, and won some awards at school. When I saw that picture, and I saw people I just thought ‘this is what I need to be doing’.

Do you have any advice for other artists?

The best piece of advice I’ve ever been given was from a South African art dealer, big time guy. An old girlfriend of mine moved to South Africa and she put me onto him and he said ‘you’ve got to paint with your own voice’ which means don’t try to emulate someone else, don’t try to mimic someone else’s style and fill the shoes of someone else. You’ve got to paint with your own voice which is, I think that’s really good advice really. If you’re a writer, write what you know and that… I don’t know if that’s any good to anybody. He told me some other things as well but that’s the best bit.