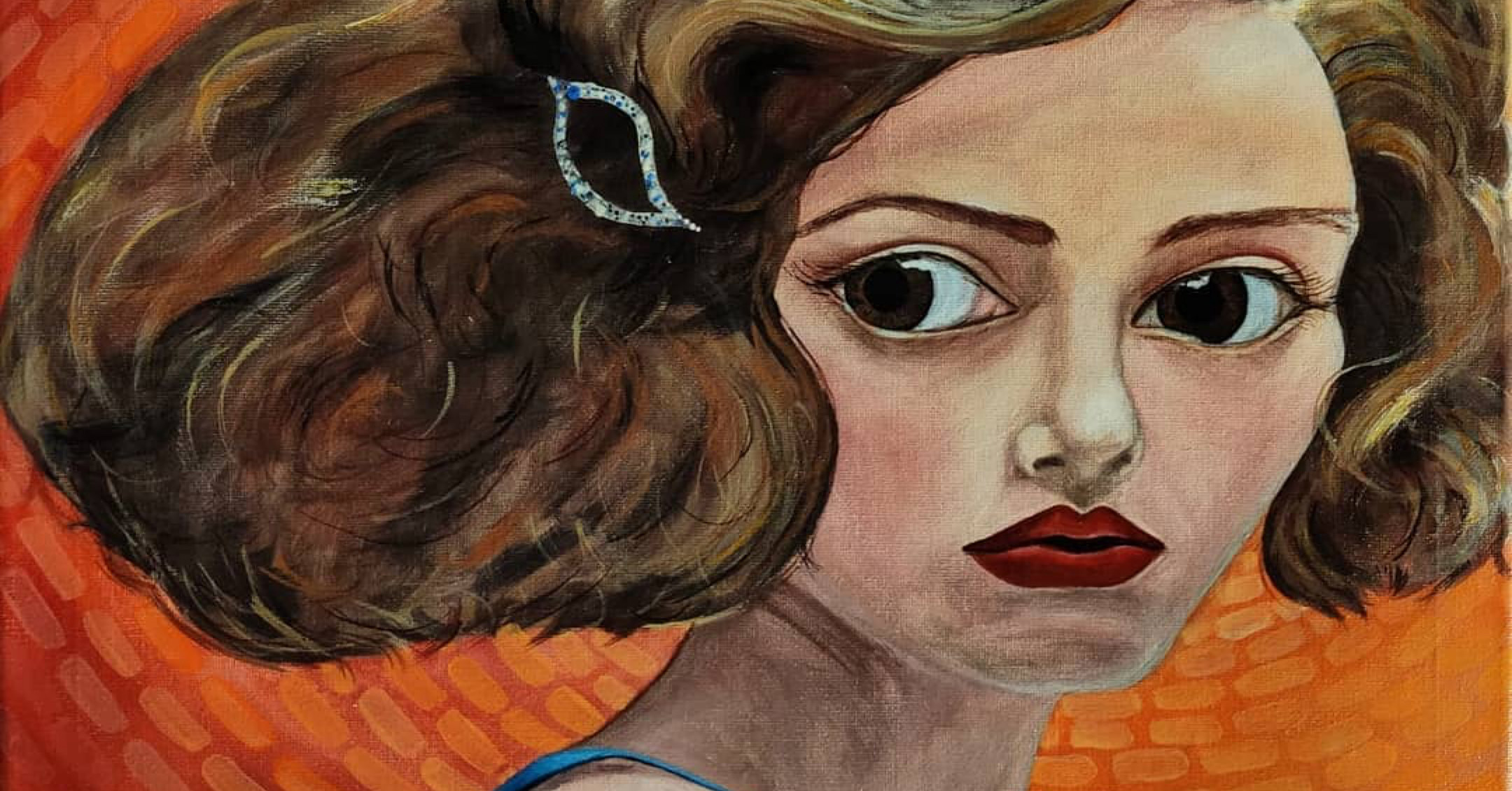 “I paint mostly females and, split the body parts to express emotions.”

Contemporary artist based in Germany

I have been painting for more than 20 years now, and I’m often inspired by my own emotions, and the things that move me, therefore expressing myself, my social interactions and emotions. I also have a huge queue of painters and other artists who inspire me, like Fransis Pechadia, or older painters like Picasso or Matisse.

What is your favourite thing to paint?

I have different topics that I paint. The first is like surrealism: I paint mostly females and, split the body parts to express emotions. I turn the shapes of the body to facial expressions. I also do portraits, somewhere between nature and animals – for example, in my paintings they get three arms or three legs because I need to explain something within them, so it’s not like reality: it’s more like imagination or to express emotion. It’s very symbolic. 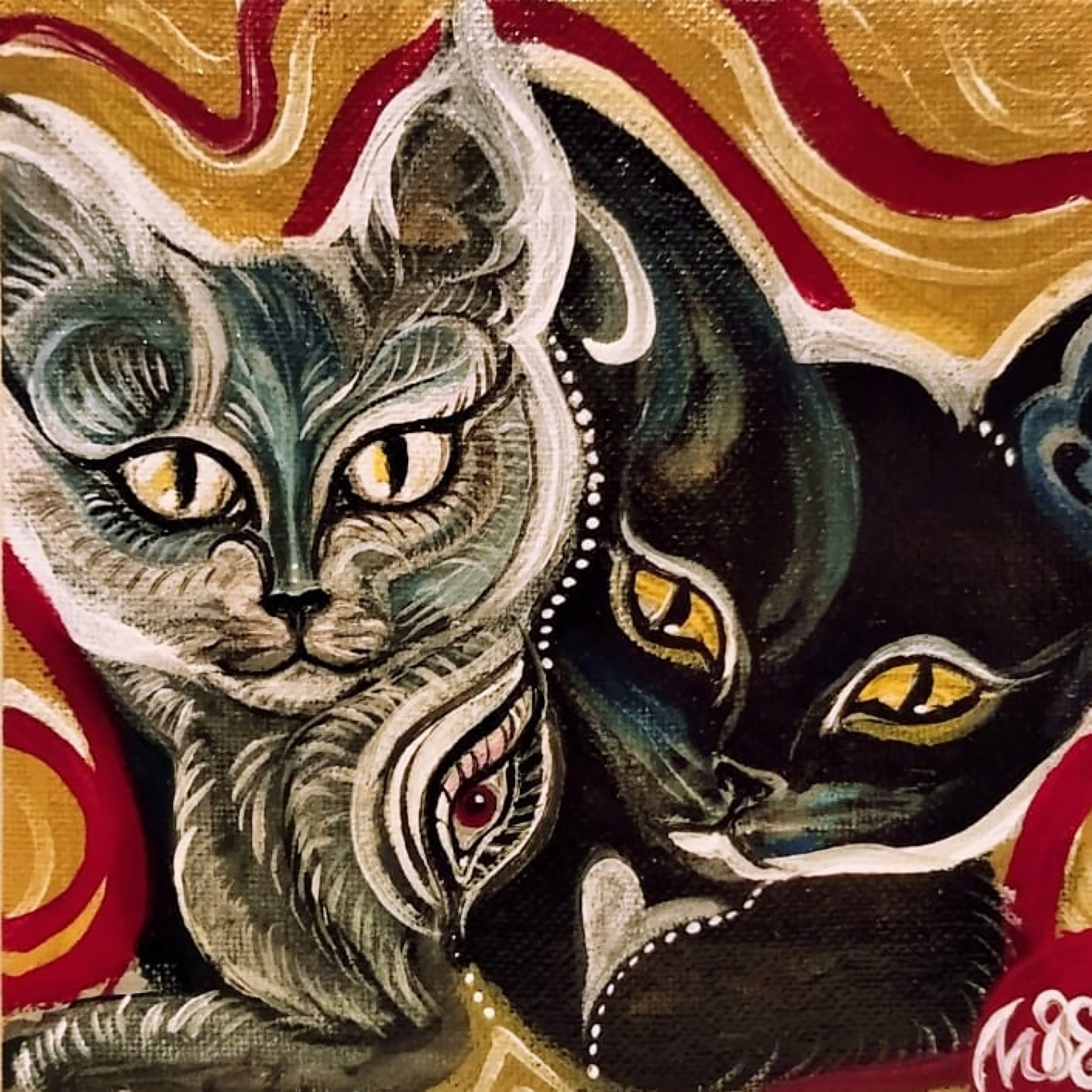 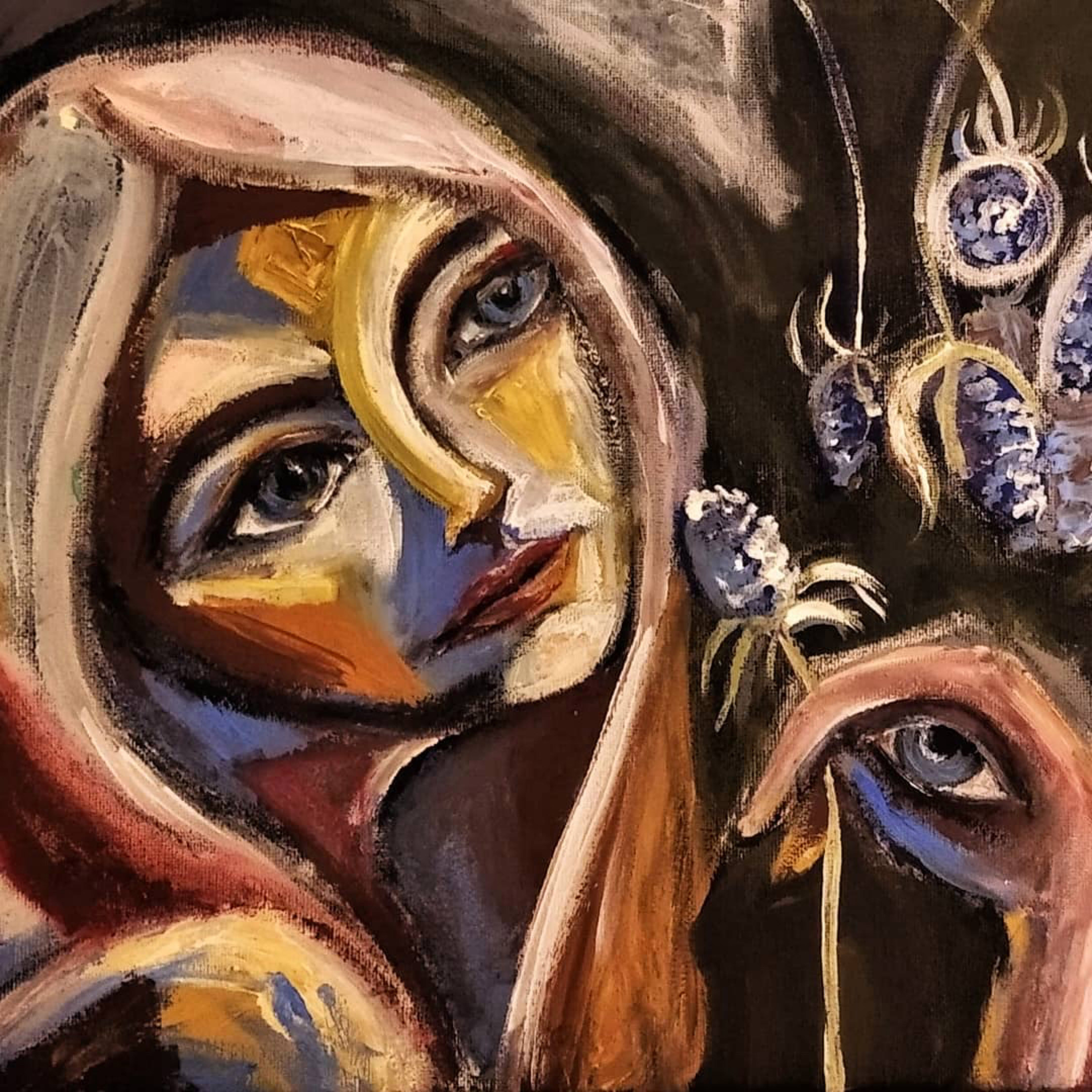 Where is your favourite gallery?

My favourite gallery is actually here in Germany, in Dresden. It’s a collection of the community and it’s a collection of old artists and new artists. And I’ve been there many, many times. The gallery is called Zwinger – it’s like an old castle, and the museum is inside the castle. It’s amazing, everybody should go there once. There’s a huge collection of paintings and I got all my inspiration there from when I was very young. When I was a child I used to go there and spend many, many hours there so I could understand how other artists expressed themselves. They had good ideas.

When do you feel you became an artist?

I started – it’s not like I started being an artist. I always knew how to hold a pen. It ran parallel to my life. But I started working as an artist about 20 years ago, after I did a painting about a topic that was given to me, and it was appreciated. And I got the opportunity to do a small exhibition and I agreed and did it with about 20 paintings, and they all sold and I was very happy about it. And later on I did some work on commission and that pushed me a lot. I did it for some others and got so many rewards for that, so I decided to do it and share my work with more people. 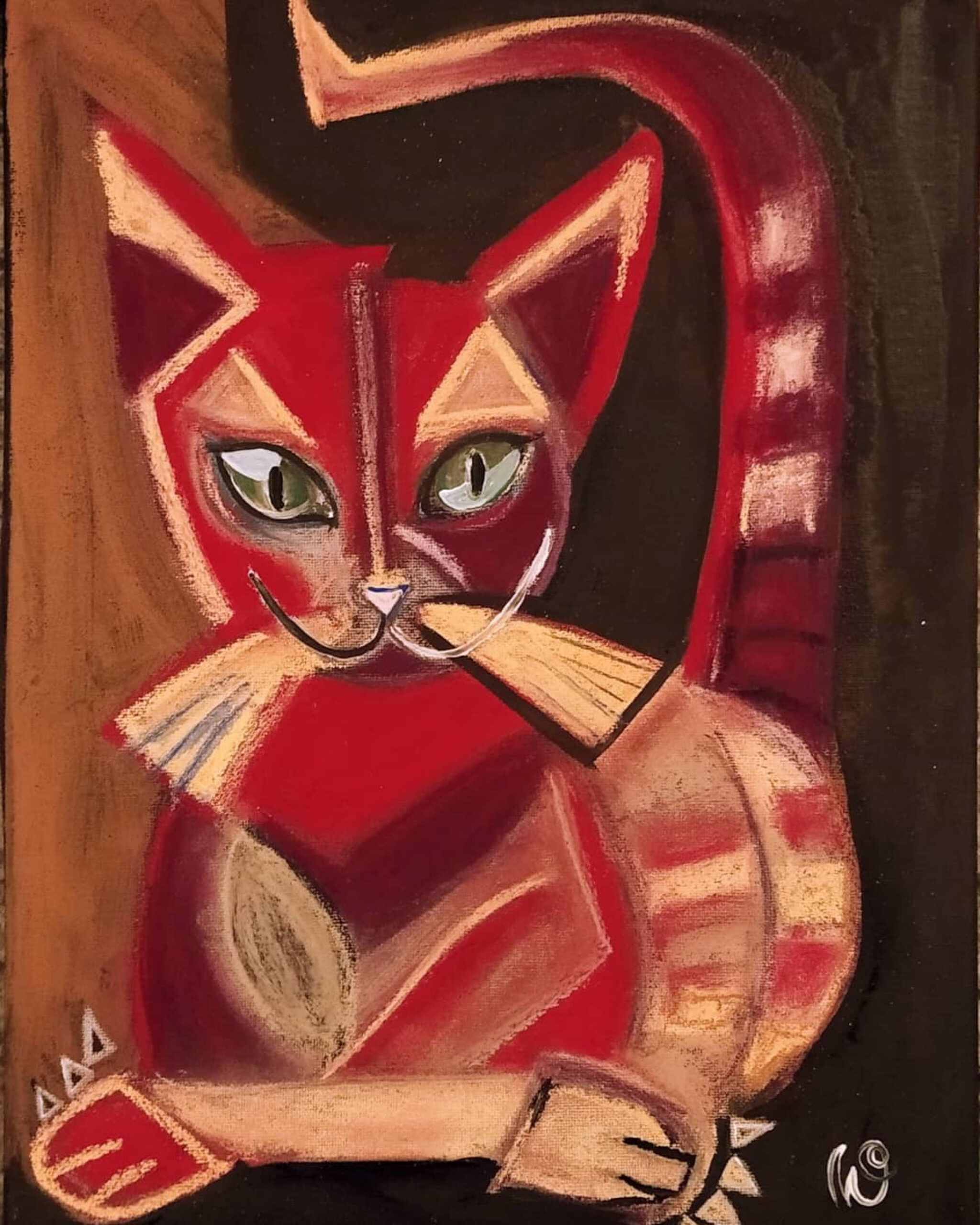 Why do you paint so many women?

I sometimes ask myself the same question, actually. And there is one project I will do in the future and it will just show a single man, but for me, I think because women… there’s a connection with emotions, because I express the emotions through a female body it’s easier for me than through a male body. Um, and it actually – I don’t think much about it, they’re just coming out to be a woman. Maybe it’s because I am a woman and it’s symbolic that the women I’ve chosen are very emotional creatures. Sometimes they’re based on women I know. My latest picture is actually someone I know very well – this person does really exist. Most of my paintings are just pictures I think most of the time – I don’t want to sound selfish – but it’s most of the time about myself. When I show the female I am painting, it’s like I paint one part of my female soul. One part of myself, which I am expressing in the moment. I just give shape to the feeling. Actually, like I – when I paint somebody, I don’t try to make the painting like the photograph. I try to show how I feel when I look at this person. To give this in the picture. The colours themselves get a meaning, or maybe the person who’s shown in the painting gets a necklace, then the necklace gets a special meaning, so everything you see is there for a reason. Or I used to paint the eyes in a very different big way because the eyes are one of the most expressive parts of the body. I know the hands are too, but the eyes are also for me, that’s why I paint them very huge. 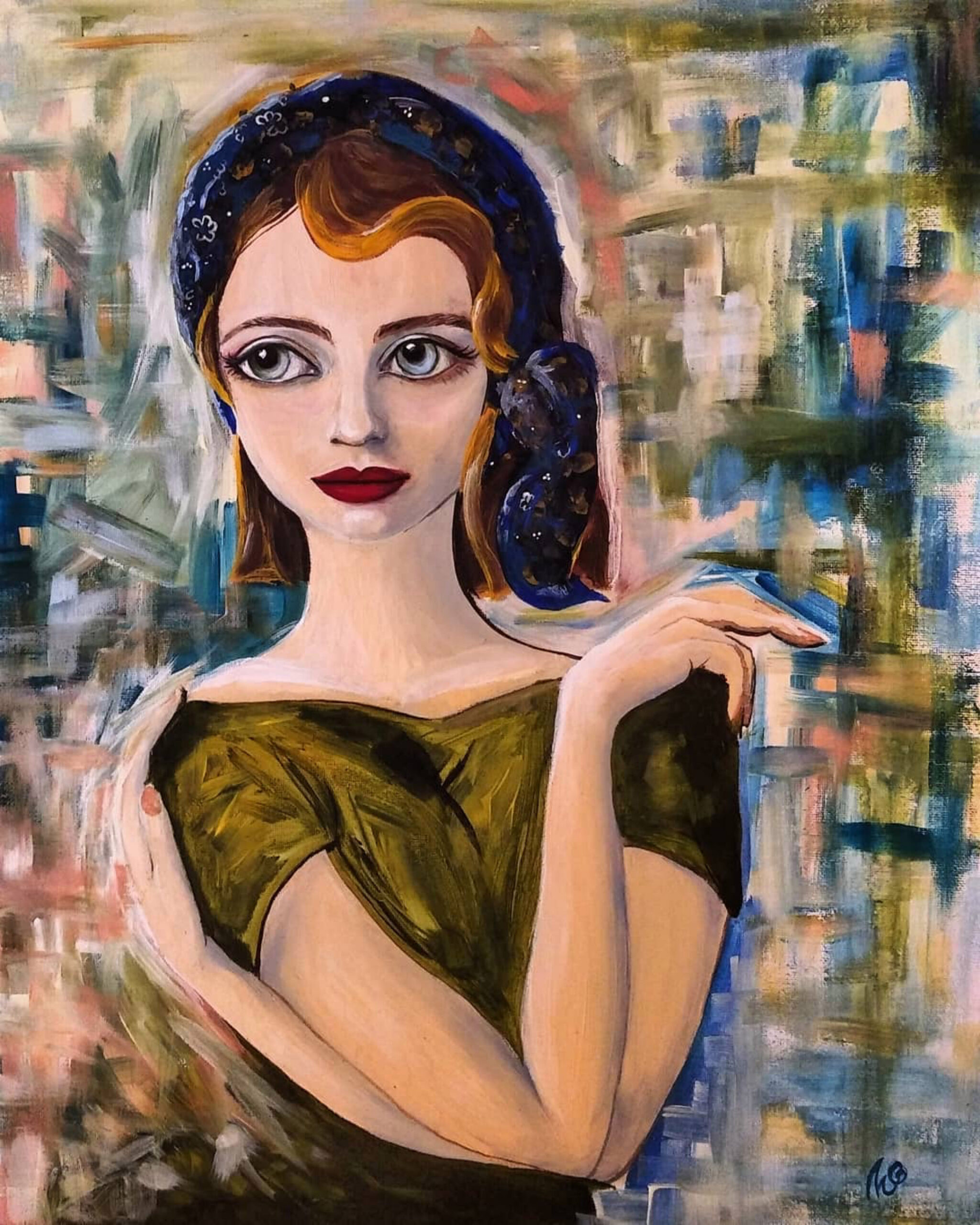 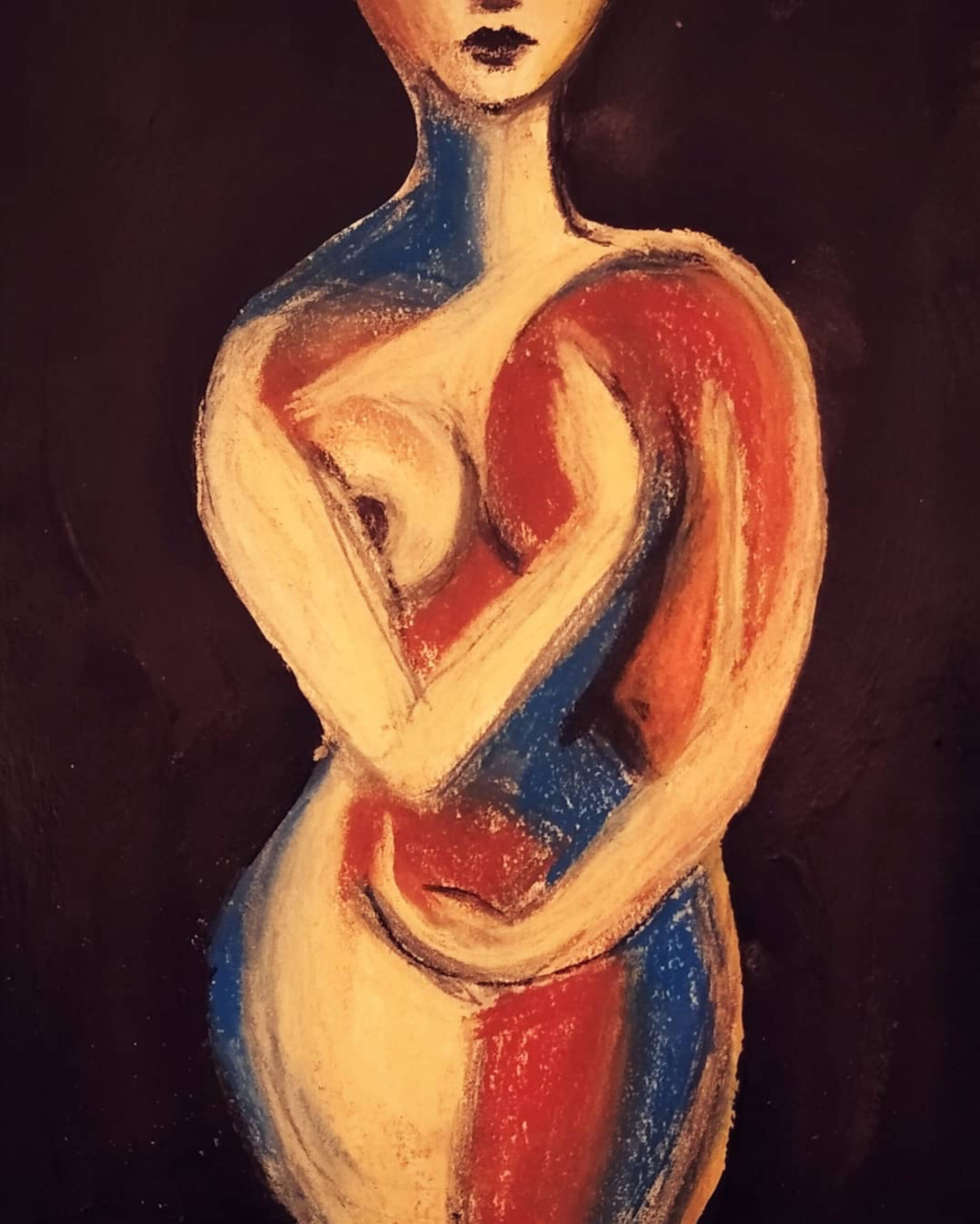 Do you have any advice for other artists?

To be an artist is always very hard, and you need lots of luck to be successful. But apart from that I would advise artists not to try to do something just because you think people will appreciate it. An artist should try to find their own special style and on that, an artist should work to get character. An artist should not be shy because when you show your work you always get criticised. You shouldn’t care too much for the critics, but also listen, and remember that there is no right or wrong because art has no limits.